Setting Realistic Fitness Goals After Having a Baby 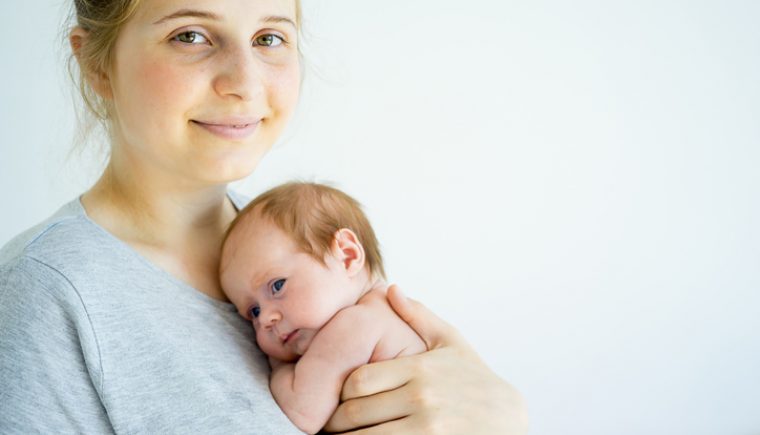 So you’ve had a beautiful baby and now you’re all set to ‘bounce back’ and fit into your pre-preggy clothes within weeks, just like all those people on Instagram, because who doesn’t want to be a yummy mummy right? Sorry ladies, it’s not quite like that! And guess what? You shouldn’t be feeling that way either!

You just created a human.

I’ll say it again, just in case you didn’t take it in the first time.

You just created a human.

Do you realise just how freakishly phenomenal that is? But also, just how hard your body worked in order to do that. So the number one priority when your bundle of delight has come along, is to rest and recover. That’s what your body needs and deserves. Worrying over a few extra kgs that you might be carrying is not going to do your physical or mental health any good at all.

But wanting to get back to some kind of fitness is also understandable too. There are a lot of us out there who need that physical exercise to function well, it’s a case of being realistic about what’s achievable at this unique stage of your life. Setting yourself goals to work towards is great for giving you a focus, just make sure they’re not unattainable, e.g. unless you’re a seasoned runner, aiming for a marathon at three months post-partum is not a good idea.
It’s worth thinking about a few of these things when setting your goals.

• Avoid comparison. Firstly, don’t compare your new body to your pre-baby body – they are completely different for a lot of women, will be that way forever. It’s not to say you won’t be that way again, but it shouldn’t be a target because it may not be realistic for your body.
Also, avoid comparing yourself to others, whether that’s friends, acquaintances or celebrities. Everybody is different so beating yourself up because you don’t look like Penny from Antenatal Group is wasted energy.

• Use your clothes as a measure. Rather than using a number on the scales (which is affected by so many different variables) as a measure of how you’re going, use how your clothes fit and feel.

• Sense check your goals. Talk to someone about your goals and see what they think. They don’t need to be a qualified coach or personal trainer, just someone who can be honest with you. Knowing if you’re being a bit too ambitious is crucial.

• Recover and rebuild first. Your body has been through a lot, so the least you can do for it is allow the time to recover and rebuild. If you get out and start running after only a couple of weeks, you’re likely to do long-term damage that you won’t even be aware you’re doing at the time. Think about gaining strength as opposed to losing weight.

• Take your time. There’s no rush when it comes to regaining your fitness. Yes, you’ll probably want it to happen quickly, but it took you nine months to grow a baby so it’s going to take you nine months (minimum!) to recover and rebuild. Throw in other factors such as breastfeeding, sleep deprivation and hormone changes and you have your proof as to why you need not rush.

• Be kind to yourself. Cut yourself some slack! If you’re constantly worrying about losing weight, you’re likely going to be stressed. And stressing your body means releasing cortisol. It’s widely known that high levels of cortisol are directly linked to belly fat. So unless you have your stress levels under control, it’s going to be hard to shift weight.
When you do get into the kind of exercise you enjoy it will be satisfying and therapeutic. There’s also a chance that you’ll achieve your other goals just by moving again. But don’t be in a hurry to get there, remember what you did – you created a human.